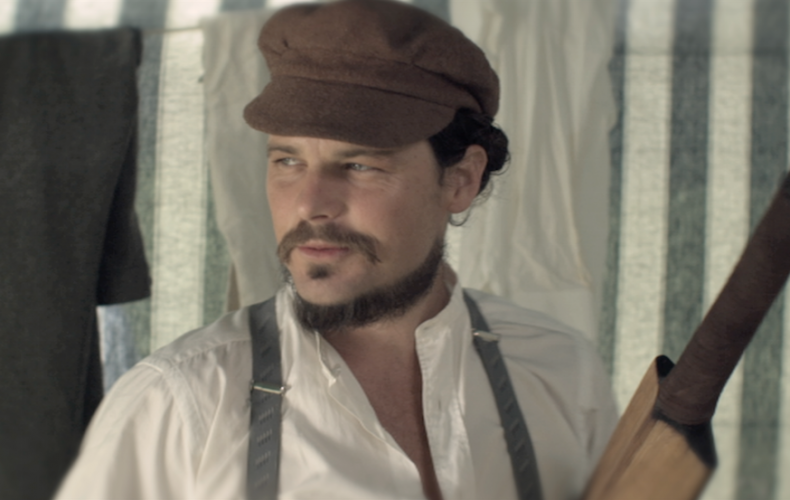 This Sunday, the story of AFL’s founding father, Tom wills, arguably Australia’s most unsung legend, will air on Network Ten.

Tom Wills’ story is both remarkable and tragic. Wills grew up in what is current day Western Sydney playing with indigenous children and speaking many indigenous languages before he was sent to boarding school in England, where he became a much celebrated cricket player.

Upon returning to Australia, Wills proposed a game for cricketers to play in winter to keep fit, going on to create what is now known as AFL. Tom was a highly talented football and cricket player who played both sports for the newly formed state of Victoria, making him a state hero and celebrity.

Wills’ life took a tragic turn though when his whole family was murdered in a massacre. Despite remaining a successful and celebrated sportsman, Wills’ life never recovered.

Incredibly, this weekend’s screening will mark the first time in history that Tom Wills’ story will be shared with such a wide audience –hard to believe in a country that loves its sport and sporting stars so dearly.

Tune in on Network 10 at 1pm on Sunday 7 August to discover this pivotal chapter in Australia’s history book, or watch the trailer here.

The father of Australian sport.

Tom Wills. The story of a sporting celebrity whose life unravelled tragically and publically, has many echoes in the modern sporting world.
For anyone with an interest in sport – and in what it means to be an Australian – this is compulsory viewing.